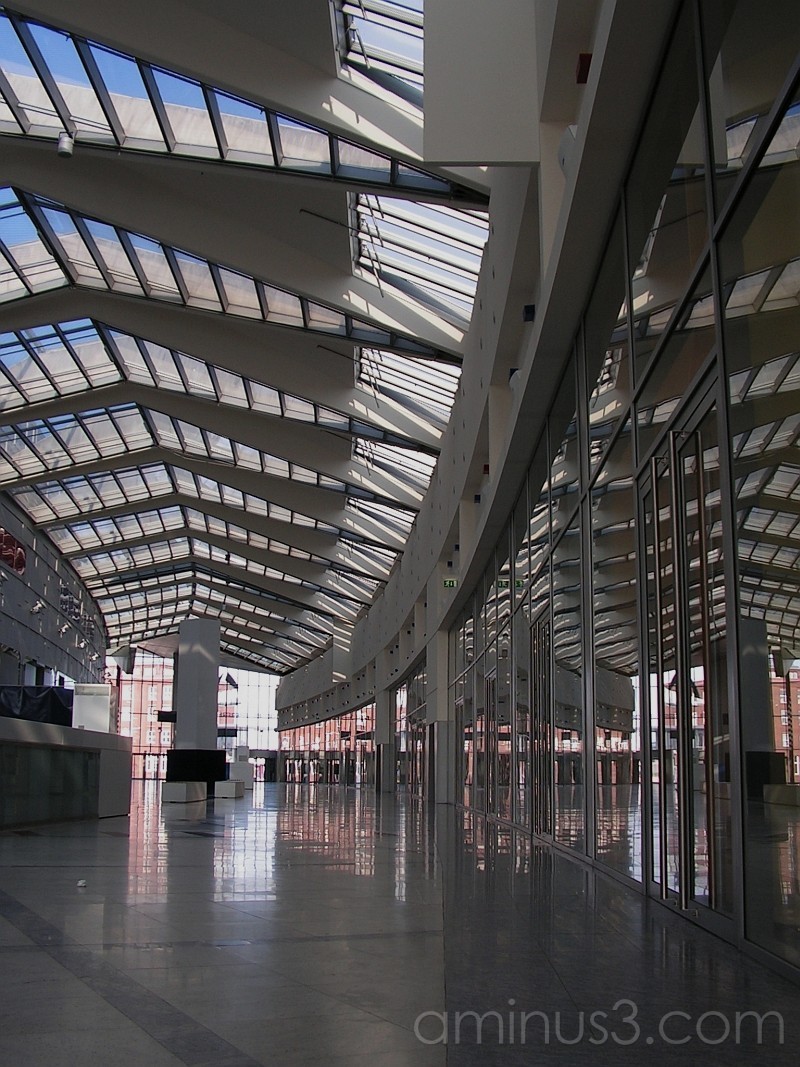 Previous Next
← previous day next day →

Posted by JuanluiS (Bremen, Germany) on 23 March 2007 in Architecture.

The Space Park (Center) Bremen was Europe’s largest indoor theme park. Its construction started on July 2000 and lasted until December 2003. The Park was open on February 2004 together with the CINESPACE IMAX theatre. However, because its owner(s) were “not able” to rent the additional 40,000 square meter of space intended for stores, on September of the same year, the park was closed.

As of today, the CINESPACE IMAX theatre is the only still open there.

Thanks for your comments and/or critics...
▶ Facebook: JuanluiS - Si U Nau Photography ◀

What a strange space and a strange story! Like how your reflections almost look like seperate, solid objects here.

@simona: Yes, Simona, it is really an amazing empty place...

Great description. I learn something new everyday. I really like the lines throughout the image. Too bad it closed down.

Thanks for the comments! I, and many of the people here in Bremen agree, the story behind this place is very, very strange... :)

Incredible story! Love the empty space an all the graphic lines, well done.